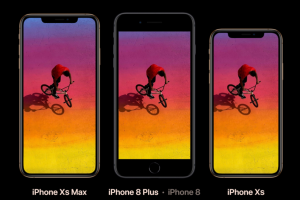 iOS 12 update is finally here. Phew! It remained in beta phase for months. Nevertheless, the new update of the software comes with enough new features.
These features are really intriguing and should make the experience even better on Apple device. I am sure these features mean a lot for iPhone users.

However, from a larger perspective iOS 12 is way-way behind Google’s Android. Well yes, that’s the harsh fact, a company like Apple who was known for its innovations to make the user experience better is not only lagging but lagging by quite a margin.

Let’s try to analyze them but before that let’s try to see why is iOS lagging.

1. Main Reason – Late realization by Apple to the need of opening the platform to third-party apps. Since 2016 when Apple released iOS 10 they have been racing to make iOS like Android, except it hasn’t and perhaps never will.
2. Exclusive features – Apple once enjoyed the advantage over Google OS(Android) with its tightly controlled ecosystem but over the years Android has become more lean, flexible and dynamic. Well, Android does have its own issues like fragmentation and it’s less secure but in terms of exclusive features, Apple’s bouquet is only getting smaller. Now let’s try to understand them 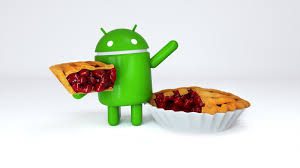 1. Autofill OTPs (Google wins)
This may sound weird for the Google users as they have been enjoying this for quite a while but as a matter of fact, the tightly controlled ecosystem of iOS lacks such a smooth feature. Google automatically detects OTPs from text message and auto fills up the form so one doesn’t have to shuffle between SMS app and form. For iPhone users, they have just released this feature with a slightly different approach as it still doesn’t let third-party apps to read your SMS messages. In Apple’s defense, this approach ensures safety and privacy for the user but sadly Apple has not found a workaround to solve this pain point.

2. Notifications (Google wins)
Notifications may sound like a very small feature in terms of mobile OS but if you notice its the most interfaced feature on a smartphone. Surprisingly, a very basic feature like group notifications has arrived just now for iPhone users whereas Google released it way back in 2016 with Android 7.0(Noughat). Since then this feature has only grown better with new Android versions. The best part is companies like OnePlus and Xiaomi offers a more dynamic interface. Even WhatsApp has been able to exploit Android’s platform to deliver more interactive notifications.
iPhone users are still suffering from a compromised and bizarre experience where they are forced to swipe up on the home screen to access notifications.

3. Photos (Google wins)
Apple’s photo application has now become smarter and more convenient. Since iOS 10 Apple’s new photos help users search pictures in the gallery where they can search using keywords like name, event, and place. Also, they have a share suggestion that recommends users to share photos.

Google photos have the majority of these features since eternity now. Best part if Google photos is a cross-platform application which means you can use it on iPhone and Android devices. As Google photos are integrated with your Google account accessibility is even easier. Also, Google photos offer 15GB free storage compared to iCloud which offers only 5 GB for free.
Lets now talk about a hidden feature is the pure algorithm driven. Google photos are far more superior and offer smarter suggestions, keyword search, sharing with friend and more. While iPhone users will start getting smarter algorithm based features, Google is getting stronger by the day and is miles ahead already.

With Google lens(available on several premium and mid-range phones) which uses machine learning and artificial intelligence to quickly identify objects in a scene, it can also perform some useful tasks like look for product information, add contacts by reading a business card, even save dates to your calendar and much lot.

4. Gestures (Apple wins)
Starting from gesture controls, Google has tried to provide a better experience to Android users. The tech giant has improved the gesture and notch support to a considerable extent. However, the Android 9.0 is still not 100% gestural just like iOS 12, basically due to platform fragmentation. So, iOS 12 seems to be the winner at this point.

5. Voice Assistant (Goole wins)
Android Pie seems to be the winner due to the unmatched features of Google Assistant. However, the inside story is quite different. While Google Assistant is focusing on adding a human touch to the conversation, the Siri is focused on providing real-time support.

The Siri is more focused on showing Weather forecasts on the lock screen, which seems to be a great aid in case of natural calamities and emergency conditions. Likewise, Siri lets you configure all the routines on your own and get the services faster, whereas Google Assistant do it for you based on what it already knows about you.

While I agree that these two factors are not enough to say that Siri can beat Google Assistant, this can be considered as the beginning of a new phase of the competition.

What you should be looking at?

Google Project Treble seems quite interesting. The Project Treble will distinguish the bulk of Android from the UI tweaks and customizations that are controlled by the Phone makers, and this way will help to push updates more frequently and swiftly (no involvement of Phone makers required.)

This new feature introduced by Google will change the future of Android mobile app development and so, make the iOS 12 vs. Android P competitions far interesting.